Bubblegum Vinyl with the Eyelids 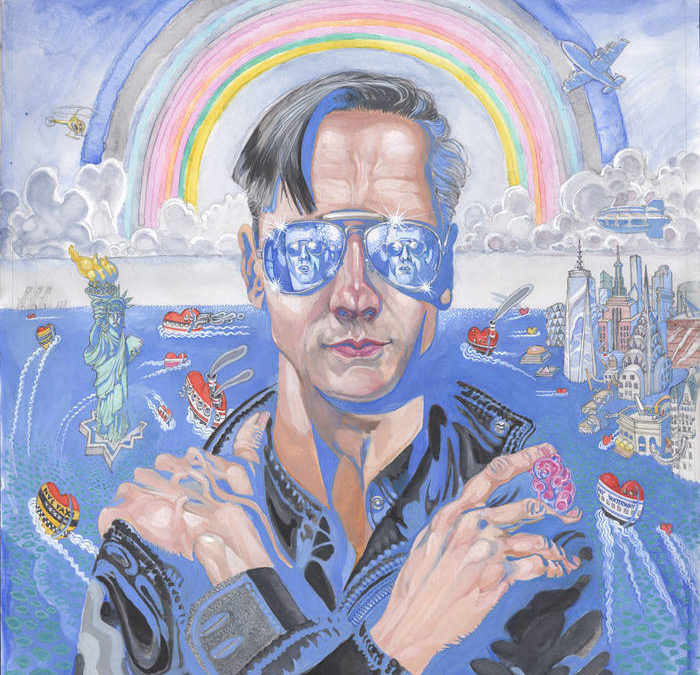 *All profits from the sale of this album go towards the immediate health care costs of the Alzheimer’s treatment for John Cameron Mitchell’s mom Joan.*”

“Lou Reed is probably my favorite musical artist. Hal Willner and Laurie Anderson asked me and my “Anthem: Homunculus” composer Bryan Weller to sing “Turning Time Around” (from Lou’s album Ecstasy) and my favorite Velvet Underground ballad “I Found a Reason” at a special Lou Reed Day at Lincoln Center. I extrapolated on Lou’s melody and, inspired by performance artist Justin Vivian Bond, mashed it up with WB Yeats’ poem “The Second Coming” rewriting “what rough beast slouches towards Bethlehem to be born” as “what orange beast…” Who could that refer to I wonder? My buddy Chris Slusarenko, who produced our Hedwig tribute album “Wig in a Box”, invited me to sing Turning with his wonderful Portland Oregon band Eyelids. Bryan suggested we record it as a benefit disc for my Mom’s Alzheimer’s care. We added “I Found” and my late boyfriend Jack Steeb’s favorite Lou song “Waves of Fear” (Jack used to work for Lou). REM guitarist Peter Buck hopped on as producer, Hedwig designer Miguel Villalobos came up with killer cover art and here we are! I love Eyelids and Lou and my Mom and I hope you will too.”